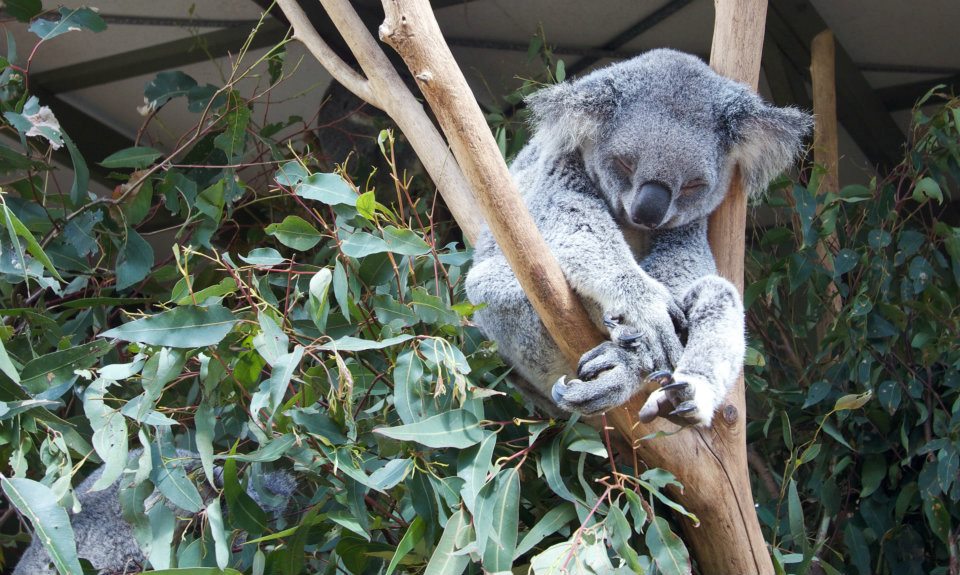 A couple years ago, I arrived in what easily became one of my favorite countries: Australia. My first stop was Brisbane, and after a seemingly endless flight from Los Angeles, I felt beyond exhausted. But it was only the morning, and I was eager to get this trip started and head to a place that had become one of the highlights: Lone Pine Koala Sanctuary.

The first thing I noticed when I arrived was the wide field in which tons of kangaroos (and a few wallabies) ran completely free. They had a lot of space, unlike the usual confinements of a typical zoo, so that made me happy.

Now, there certainly were koalas. But this place was so overrun by kangaroos that they really should’ve called it the Lone Pine Kangaroo Sanctuary. Visitors are not only allowed to pet and hand-feed the kangaroos and wallabies, but they’re encouraged to do so (with the food that you purchase at the park, that is). But when it was time to actually get up close to one, I hesitated.

“What are you talking about?” he asked. 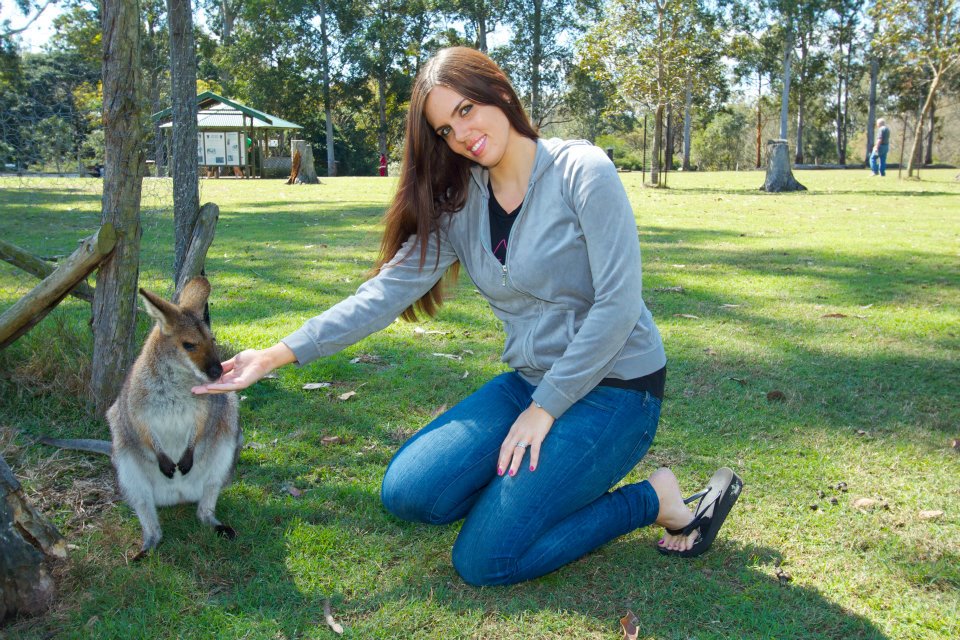 I decided to start off small and feed a wallaby. 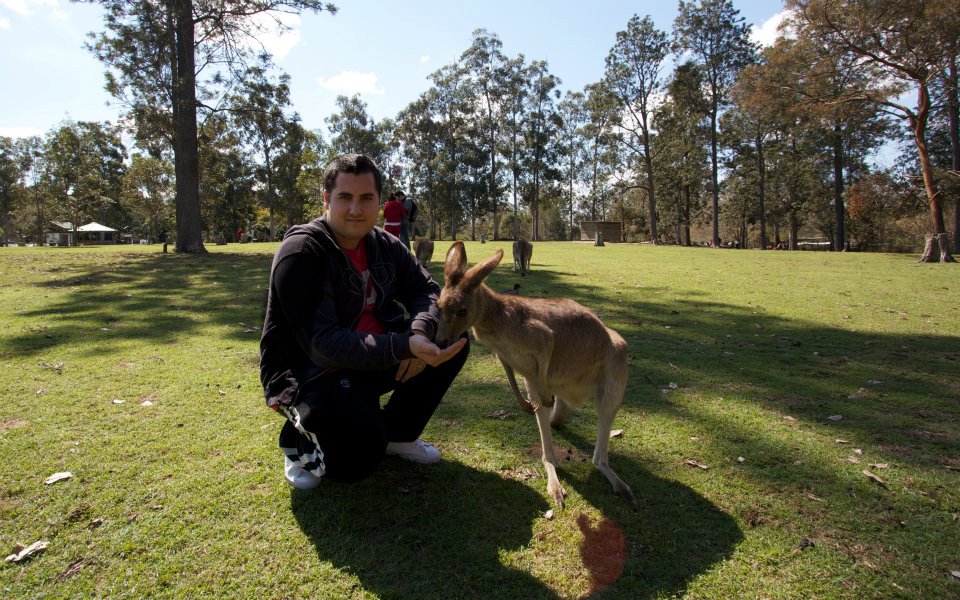 I soon realized that these animals are exposed to people all day long and they’re pretty much used to these close encounters (though I still recommend exercising basic caution, of course). We went ahead and began feeding the kangaroos, and I began to relax a little when we didn’t get our hands bitten off.

I eventually felt comfortable enough to get close to the kangaroos for some photographs. 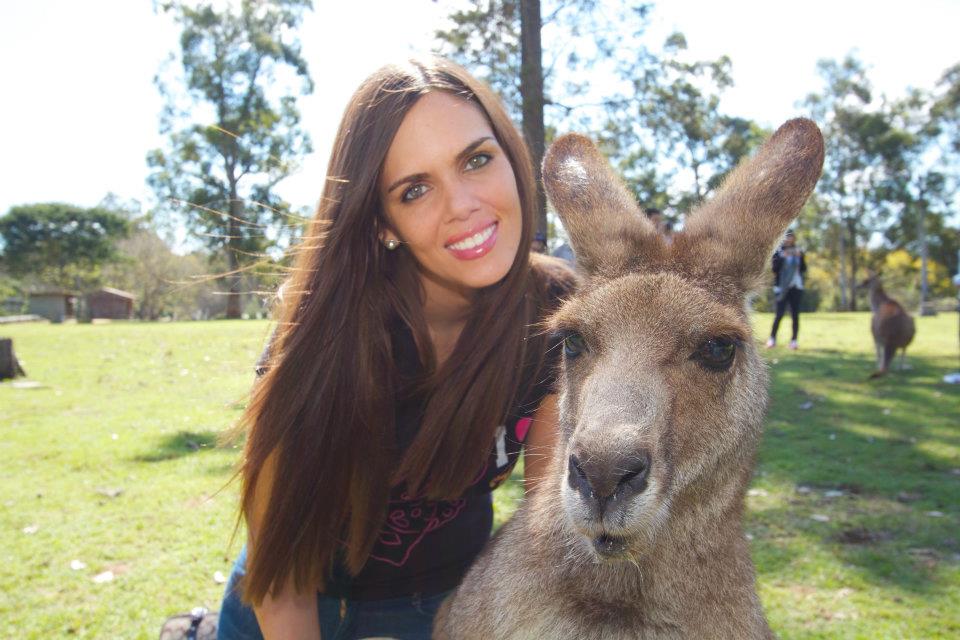 And when it comes to petting and hugging them, they didn’t really seem to be bothered the way I thought they might be. 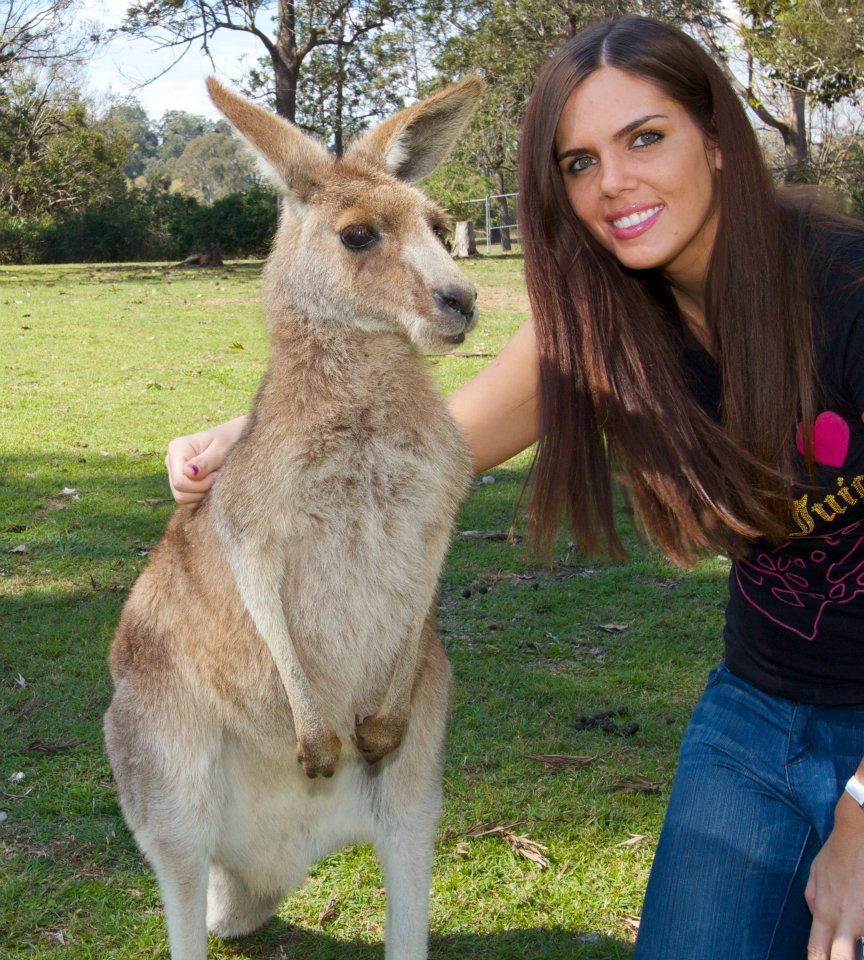 Then came the ridiculous poses.

Back to the koalas: there were a few, and we also got the opportunity to hold one! They are so snuggly and cute. But, the one I was holding also had a bum covered in poo, and we were instructed to hold the koalas with our hands in that exact spot.

Sadly, I didn’t notice this until it was too late. The lesson to be learned here: make sure you look first. Maybe bring some gloves.

On top of that, in the photo that I had taken, it totally looked like the koala was demonic and squeezing my boob. 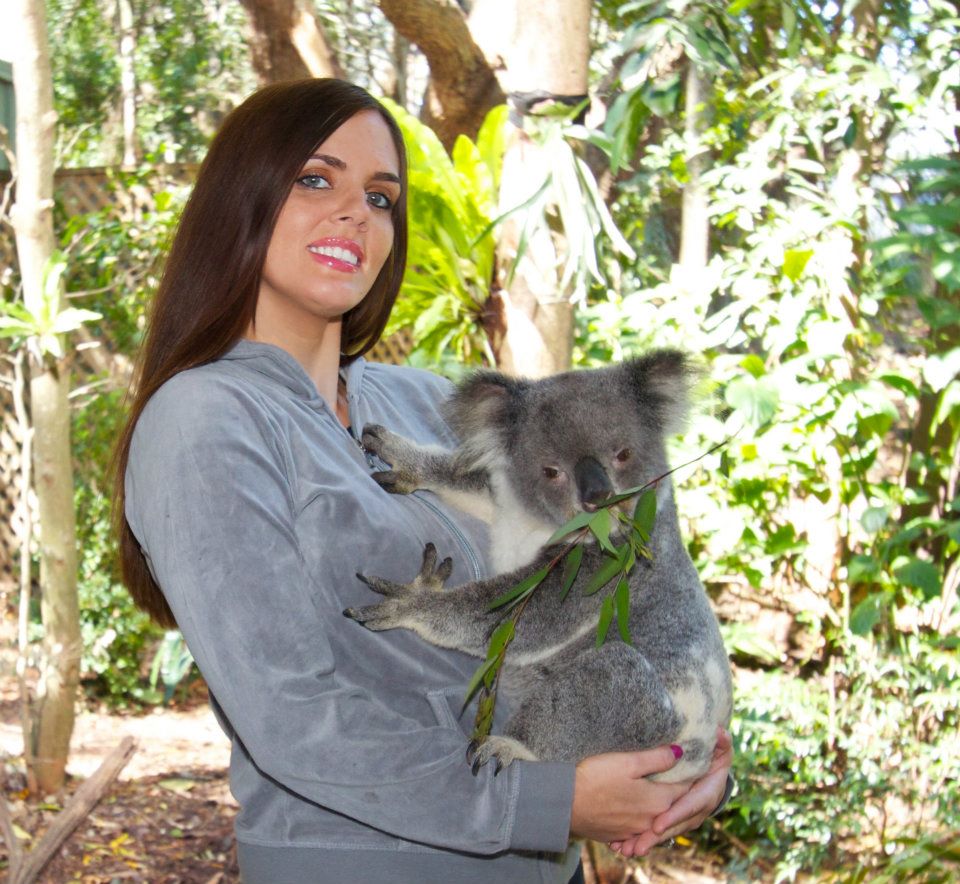 Aside from koalas, kangaroos, and wallabies, there are a lot of other cute critters here, including wombats. There were also some entertaining nature shows. 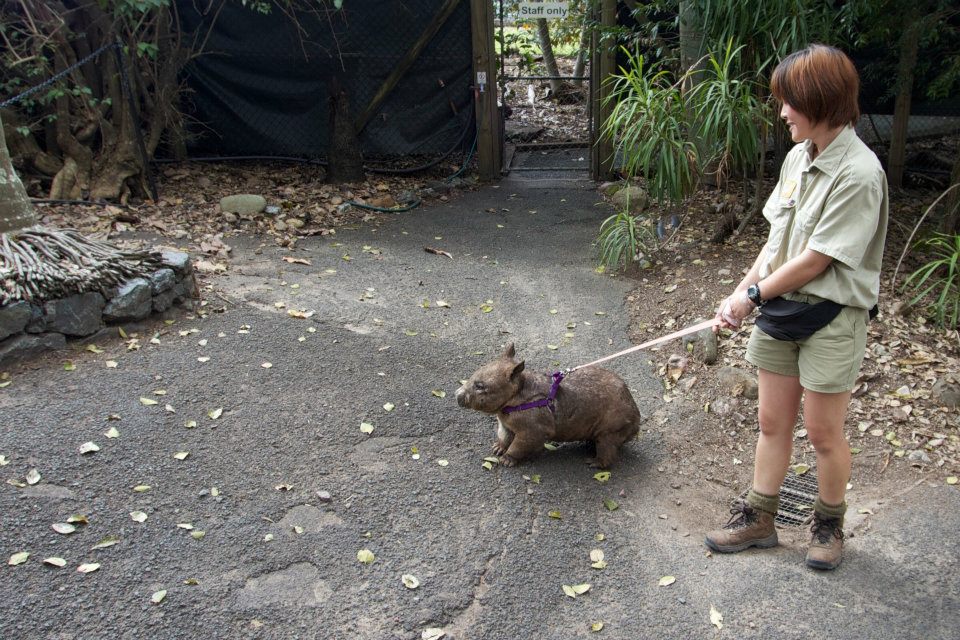 The bottom line: this place rocks if you love animals. We ended up spending the entire day here, and this place alone is worth a visit to Brisbane. Actually, it’s a pretty neat city overall, but the Lone Pine Koala Sanctuary is the star.

Flights to Australia: Flying to Australia from, well…anywhere pretty much, is going to be a long journey. If money permits or you have available points/miles, I highly recommend flying business or first. It’s such a long flight and you’ll be a lot more comfortable!

You can fly to Brisbane from the United States via Hawaiian Airlines. Alternatively, you can use an airfare search engine like CheapOAir.com to compare your different options, based on departure airport, price, available dates, etc.

Hotel booking information: In Brisbane, we stayed at the Hilton Brisbane, which you can book directly on their website.

Car rental: The easiest, most fun way to explore Australia is through rental car! It sounds difficult, but I promise you’ll catch on quickly. Well, I guess that’s easy for me to say, since Joe drove and not I…

But anyways, yes, I highly recommend it, especially if you’ve got a lot to see (and in Australia, there’s a lot to see). We went through Hertz for our rental car.

For something a little out of the ordinary: If you’re not too keen on the idea of renting a car and you’d rather go with an organized tour, I recommend G-Adventures, which offers several tours, including a Sydney to Brisbane itinerary. 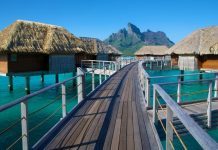 Maldives vs. Bora Bora: Which destination should you visit?

Visiting Tahiti and French Polynesia on a budget

This is India: A visit to the Land of Dreams